Top 10 Best Make Up For Ever Products / Makeup
Makeup

I remember encountering these for the first time at a Sephora in Singapore mid last year and getting a mini heart attack from excitement when I swatched them for the first time. Eyeshadow sticks really appealed to me because I’m a jetsetter and am always on the go, so I really like eyeshadows that don’t require much brush work and are creamy, pigmented and long-lasting.

So I purchased four shades, they were:

To sum it up: Out of the four I purchased, my favorite has to be the Mighty Moss, and my least would definitely be the Pink & Plenty. There are so many better eyeshadow sticks like Fuller Fudge out there in the market, and Lavish Lilac, although it swatches beautifully, translates a bit too ashy and grey on to my warm/neutral skin tone.
Read on to see the products in more detail! 🙂

This chocolate brown shade transfers quite smoothly on to the lids and is quite opaque at first swipe on the lids, so I was impressed. It did tug on my lids a bit but I didn’t mind. I liked using it on its own by applying it along the lash line and then using my ring finger to blend it outwards toward the crease, creating a subtle smokey look. But I also liked topping it off with a variety of bronze/brown powder eyeshadows, and it lasted throughout the day pretty well. It did crease a bit without eye primer, but its vibrance and longevity is definitely improved with the use of an eye primer (I used the Urban Decay Primer Potion).

I used this shade on top of a primer a couple of times when I was travelling through Israel, Jordan and Egypt, and I must say, its longevity pretty impressive as a base color. I forgot which powder eyeshadow I used on top of it to set it, but I remember it being quite vibrant throughout the whole day, fading only after the 8-hour mark, which is pretty impressive considering the crippling hot climate in the Middle East! (Should be noted that I don’t have oily lids, so I’m not quite sure how this would last on oily lids!)
However, I just haven’t been reaching out for it too much for the past year, and I think it’s because there are so many other eyeshadow sticks/creams in this shade out there, and with much better quality. A current favorite of mine is the Charlotte Tilbury Colour Chameleon in Amber Haze and its close second, the By Terry Ombre Blackstar in Bronze Moon, which isn’t a dupe because it’s much more pearlescent and shimmery, but it does have a brown base color and it lasts so much longer even without primer, which makes it a better option for when I’m travelling.
I think it’s just that I have a preference towards eyeshadow stick shades that have much more dimension. Fuller Fudge seems to be rather flat compared to other brown eyeshadow sticks/creams out there and while it’s great when mixed with other eyeshadow products, I really prefer using one product that makes it seem like I have a number of eyeshaow shades on my lids.
For a list of dupes for this shade, check out this list from Temptalia.

As I mentioned earlier, this is my favorite out of all the shades I purchased (although I think 12 Massive Midnight would be my favorite – if only they had it in stock!).

When I was travelling in the Middle East, this was definitely the shade that I used the most. First, it is just flattering against my skin tone. Secondly, when paired with a dark brown powder eyeshadow in the outer corners, it creates the most beautiful sculpted green-eyeshadow look. The “green” isn’t that bright either, so it’s not intimidating.
It applies smoothly and does not tug on the skin too much, although it’s not superbly opaque. I definitely had to swipe a few times to get the right opacity.
Longevity is remarkable. Again, as tested in the Middle Eastern climate. I even forgot to use primer one time, but this surprisingly did not budge or crease until about the 6th hour mark when its vibrancy started to fade a tad.
Since I still haven’t been able to find a shade like this that I really gravitate to, this remains a staple in my stash! Definitely my go-to green shadow base when I’m feeling… green?!

Words cannot describe how much I hate this thing. Yes, hate is a strong word. So, why the hate? It literally gave me a migraine. LOL. No joke.

So, when I swatched this shade on top of my hand at Sephora, I did have to layer it up a bit to get the color to show up, but I didn’t mind because the gold sheen was so pretty amongst the pink pigment, I knew it would add a great dimension to my eyelids.
However, little did I know, when trying to apply this to the lids (which I did the day after I purchased it) it isn’t that easy. Swipe after swipe, no color showed up on my lids. I pushed the stick against my eyelids even harder, and harder, and harder – and still no color, just bits of gold shimmer here and there, even after warming up the stick on top of my hand. After about 15 swipes I finally managed to get a little bit of color on my lids, but it was so sheer I decided to top it off with a light pink eyeshadow to match it.
Minutes later I started getting a thumping headache, coming from my eyes. I immediately knew it was because I applied the shadow with too much pressure against my eyeballs!
Never will I use this again. Terrible. Just. Terrible.

This is just a “meh” one for me. Didn’t really tickle my fancy. When swatched on my hand, the mildness of the lilac made it very wearable and I really liked purple on my lids so of course I wanted to give this a try.

However, after a few uses, I’ve just never really been satisfied. For some reason the tone of the lilac shade translates a bit greyish against my skin tone. I had to play around with various eyeshadow powders to help counteract the greyness in the shade. If you have a cool-toned light skin, this might work really well for you. Unfortunately it just looks way too ashy on neautral/warm skin tones.

Overall, I really like the shades Fuller Fudge and Mighty Moss. Pink & Plenty is simply rubbish. Lavish Lilac is a beautiful shade, but would only work on cooler skin tones.
But before I wrap this up I just want to point out a major flaw that I really didn’t like from these sticks: the packaging is terrible. I’m not sure if this only happens to the ones I have, which I purchased in Singapore, but the sticks would somehow detach from its base from time to time, causing it to slide out uncontrollably from the tube when I pop open the lid. See below:

This happened merely 2 months after purchase. And it’s not because I’ve been travelling with it because I’ve only travelled with two of the shades, yet all of them have at one point detached from its base.

So, the product itself is great (except Pink & Plenty) but I’m just not too sure about the packaging.
Have you ever tried these sticks? Would love to hear what your thoughts are!

Stephanie is a professional makeup artist, writer, traveler and a mother of three (including a furbaby) based in Melbourne, Australia and Bloomington, Indiana.

How To Make Your Makeup Last in Hot & Humid Weather 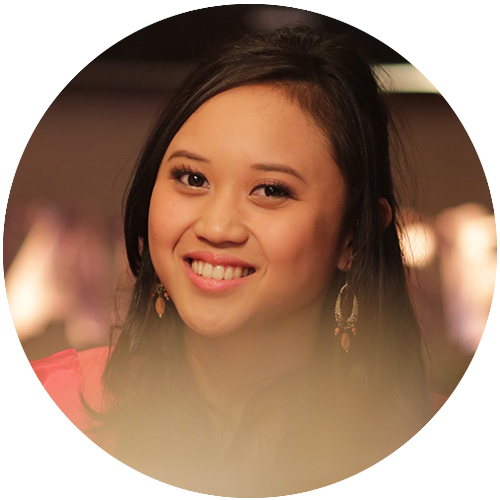 Beauty Blogger and mommy of two living in Bloomington, IN and Melbourne, Australia. Yes, we're bicontinental! ♥ 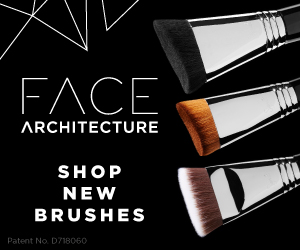 Beauty Bucketeer is a participant in the Amazon Services LLC Associates Program, an affiliate advertising program designed to provide a means for sites to earn advertising fees by advertising and linking to Amazon.com. Posts may occasionally contain affiliate links from Amazon.